by autographsale on November 15, 2019 in Autograph Examples

AC/DC; an Australian rock band formed in Sydney in 1973 by Scottish-born brothers Malcolm and Angus Young. Their music has been variously described as hard rock, blues rock, and heavy metal; however, the band themselves describe their music as simply “rock and roll”.

AC/DC underwent several line-up changes before releasing their first album, High Voltage, in 1975. Membership subsequently stabilised around the Young brothers, singer Bon Scott, drummer Phil Rudd, and bass player Mark Evans. Evans, replaced by Cliff Williams in 1977 for the album Powerage. In February 1980, a few months after recording the album Highway to Hell, lead singer and co-songwriter Bon Scott died of acute alcohol poisoning. The group considered disbanding but stayed together, bringing in Brian Johnson as replacement for Bon Scott. Later that year, the band released their first album with Johnson, Back in Black, which they dedicated to Scott’s memory. The album launched them to new heights of success and became one of the best selling albums of all time.

(9 July 1946 – 19 February 1980) was an Australian singer, songwriter and instrumentalist, best known for being the lead vocalist and lyricist of the Australian hard rock band AC/DC autographs from 1974 until his death in 1980.

Scott was born in Forfar, Scotland, and spent his early years in Kirriemuir. He moved to Australia with his family in 1952 at the age of six; living in Melbourne for four years before settling in Fremantle; Western Australia. Furthermore, Bon Scott autographs formed his first band; The Spektors, in 1964 and became the band’s drummer and occasional lead vocalist. He performed in several other bands including The Valentines and Fraternity before replacing Dave Evans as the lead singer of AC/DC autographs in 1974.

AC/DC’s popularity grew throughout the 1970’s, initially in Australia, and then internationally. Their 1979 album Highway to Hell reached the top 20 in the United States, and the band seemed on the verge of a commercial breakthrough. However, on 19 February 1980, Bon Scott autographs died after a night out in London. AC/DC autographs briefly considered disbanding, but the group recruited vocalist Brian Johnson of the British glam rock band Geordie. AC/DC‘s subsequent album, Back in Black, was released only five months later, and was a tribute to Scott’s death. It went on to become the third best-selling album in history.

In the July 2004 issue of Classic Rock, Scott rated as number one in a list of the “100 Greatest Frontmen of All Time”. Hit Parader ranked Scott as fifth on their 2006 list of the 100 Greatest Heavy Metal Vocalists of all time.

Any autographs that contain Bon Scott are rare and highly desirable by all fans and autograph collectors. 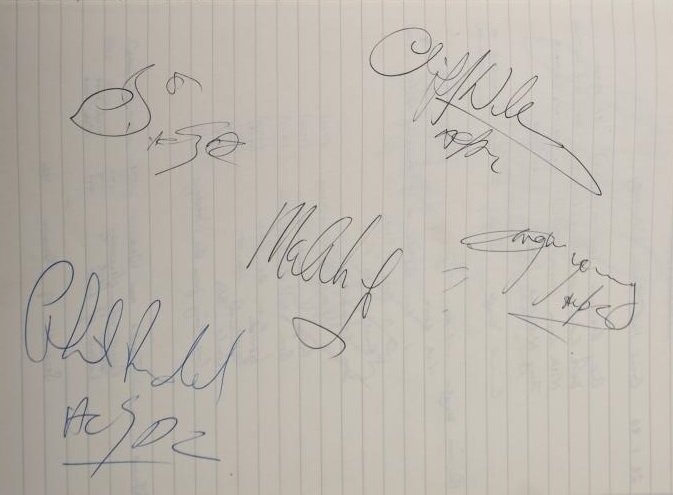 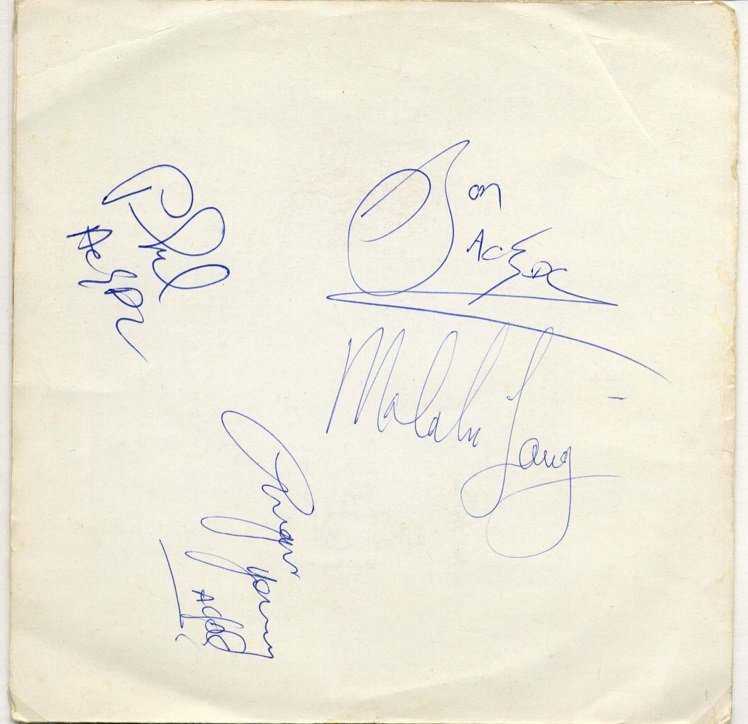 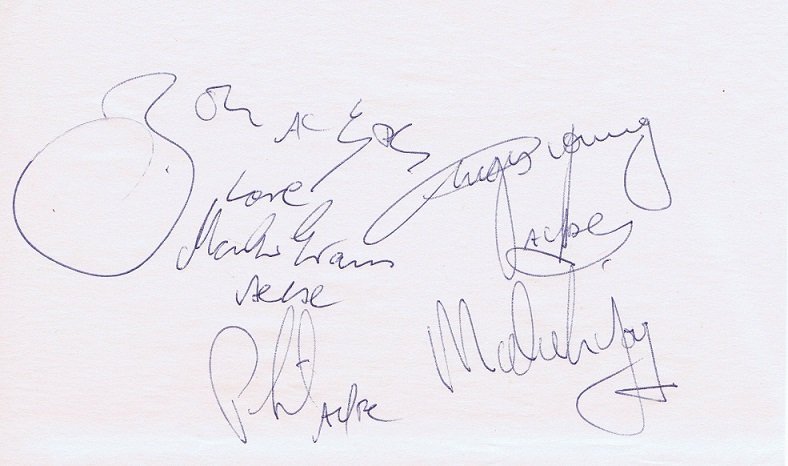 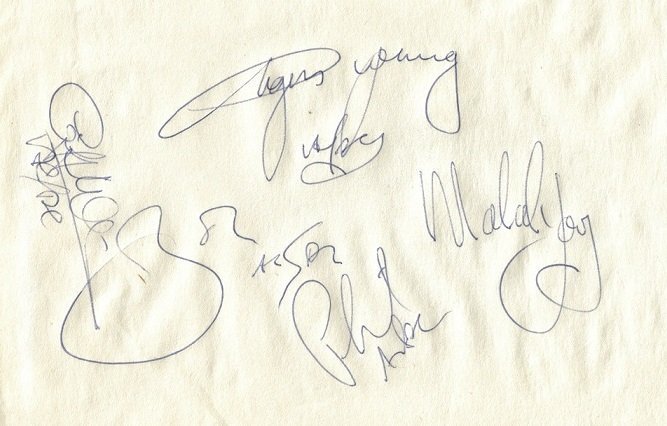 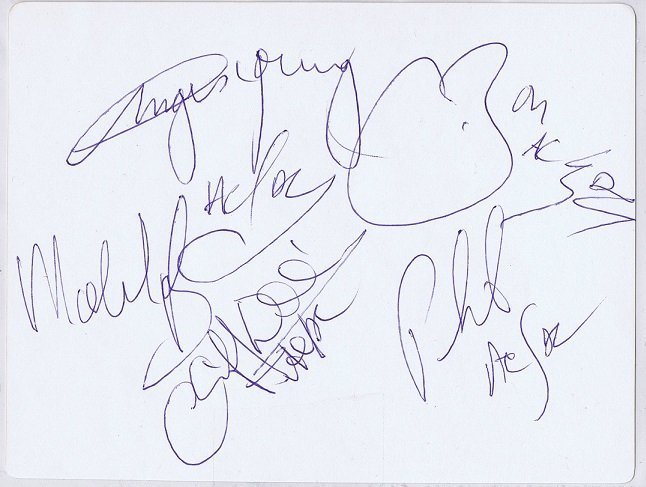