by autographsale on January 13, 2020 in Autograph Examples

Muhammad Ali was a boxer, philanthropist and social activist who is universally regarded as one of the greatest athletes of the 20th century. Ali became an Olympic gold medalist in 1960 and the world heavyweight boxing champion in 1964.Following his suspension for refusing military service, Ali reclaimed the heavyweight title two more times during the 1970s, winning famed bouts against Joe Frazier and George Foreman along the way. Diagnosed with Parkinson’s disease in 1984; Ali devoted much of his time to philanthropy, earning the Presidential Medal of Freedom in 2005.

At an early age, young Cassius Clay showed that he wasn’t afraid of any bout — inside or outside of the ring. Growing up in the segregated South, he experienced racial prejudice and discrimination firsthand.

At the age of 12, Clay discovered his talent for boxing through an odd twist of fate. After his bike was stolen, Clay told a police officer, Joe Martin, that he wanted to beat up the thief.

“Well, you better learn how to fight before you start challenging people,” Martin reportedly told him at the time. In addition to being a police officer, Martin also trained young boxers at a local gym.

Clay started working with Martin to learn how to spar and soon began his boxing career. In his first amateur bout in 1954, he won the fight by split decision. 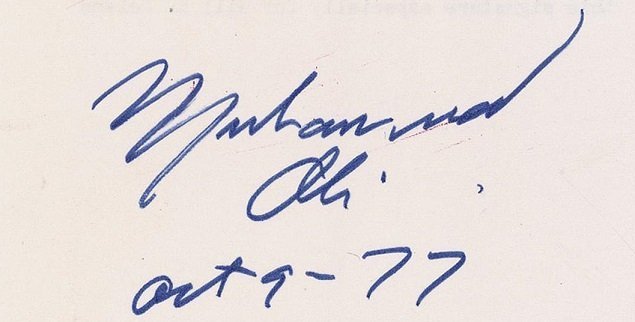