by autographsale on December 9, 2019 in Autograph Examples

Ronald Belford “Bon” Scott lived from 9 July 1946 to 19 February 1980. He was a rock musician, best known for being the lead singer and lyricist of Australian hard rock band AC/DC Autographs.

Bon Scott was born in Kirriemuir in Angus. In 1952 his parents, Charles and Isabelle Scott, emigrated to Australia with 6 year old Bon and his younger brother Derek and settled in the Melbourne suburb of Sunshine. Three years later the moved to Fremantle in Western Australia. Bon left school at the age of 15 and after some minor trouble with the law, rejected by the Australian Army before taking a series of casual jobs.

Scott formed his first group, The Spektors, in 1964 and became the band’s drummer and occasional lead vocalist. He performed in several other bands including The Valentines and Fraternity before replacing Dave Evans as the lead singer of AC/DC in 1974.

AC/DC’s popularity grew throughout the 1970s, initially in Australia, and then internationally. Their 1979 album Highway to Hell reached the top twenty in the United States; and the band seemed on the verge of a commercial breakthrough. However, on 19 February 1980, Scott spent a night of partying in London. Aged only 33 at the time, he passed out after drinking heavily in a London club. Left to sleep in a car owned by an acquaintance, and the following afternoon Bon found to be dead. Scott’s ashes buried in Fremantle Cemetery in Australia. His grave has since featured on the National Trust of Australia’s list of classified heritage places; and to be the most visited grave in Australia. In October 2008 a statue of Bon Scott erected in Fremantle.

In the aftermath of Scott’s death AC/DC considered disbanding, but decided that he would have wanted them to carry on. They therefore recruited vocalist Brian Johnson of the British glam rock band Geordie. AC/DC‘s next album, Back in Black, released five months later as a tribute to Bon Scott autographs. It has sold an estimated 42 million copies; making it second only to Michael Jackson’s Thriller as the best-selling album of all-time. 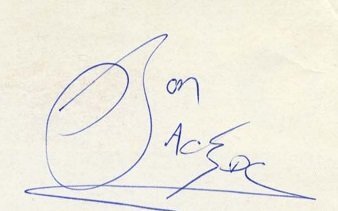 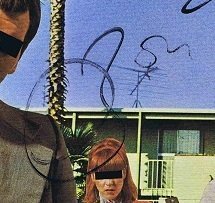 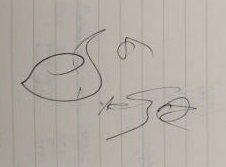 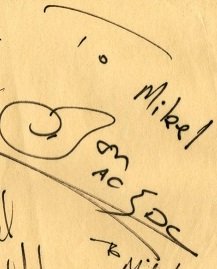 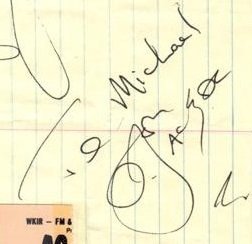 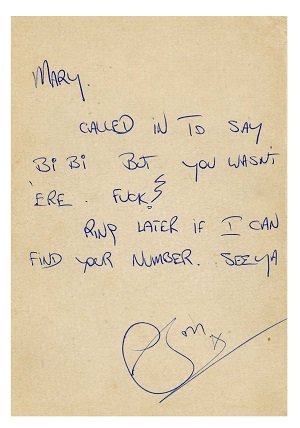