by autographsale on August 28, 2017 in Autograph Examples

Brandon Lee Autographs and Autograph Examples. Rare authentic examples to educate fans and collectors. We have been leading experts in Bruce Lee and Brandon Lee autographs for many years now. We have the largest database of examples.

Brandon Bruce Lee (February 1, 1965 – March 31, 1993) was an American actor and martial artist. He was the son of martial artist and film actor Bruce Lee and teacher Linda Lee Cadwell. The grandson of Cantonese opera singer Lee Hoi-Chuen, and brother of Shannon Lee.

Starting his career with a supporting role in the 1986 television film Kung Fu. The Movie, Lee starred in several low-budget action films during the late 1980s and early 1990s such as Legacy of Rage (1986). Showdown in Little Tokyo (1991) and Rapid Fire (1992). In 1992, he landed his breakthrough role as Eric Draven in The Crow. On March 31, 1993, Lee died during the filming of The Crow in an accident involving a prop gun.

The family moved to Los Angeles. California when he was three months old. Furthermore, the family lived in Hong Kong from 1971 to 1973. After which his mother moved back to the United States following the death of his father.

He attended high school at Chadwick School but was asked to leave for insubordination—more specifically. Driving down the school’s hill backwards. Briefly attended Bishop Montgomery High School, located in Torrance from 1979 to 1980. He received his GED in 1983 at the age of 18. And then went to Emerson College in Boston, Massachusetts where he majored in theatre. Additionally, after one year, Brandon Lee moved to New York City where he took acting lessons at the famed Lee Strasberg Theatre and Film Institute, was part of the American New Theatre group founded by his friend John Lee Hancock. 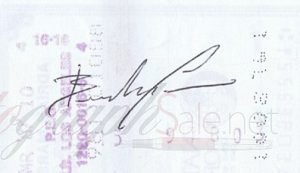 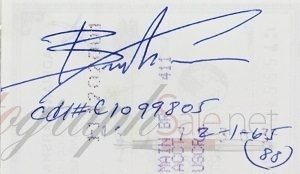 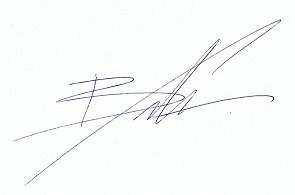 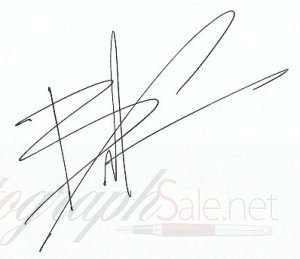 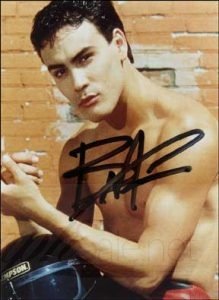 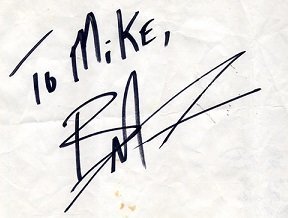 Autograph obtained 1993 while filming The Crow. 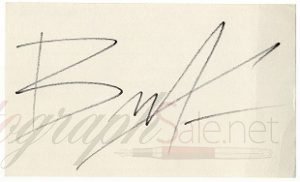 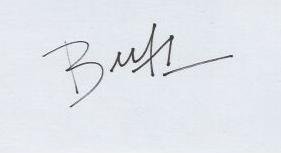 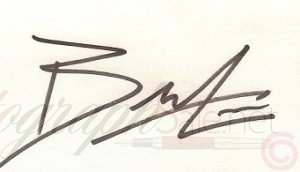 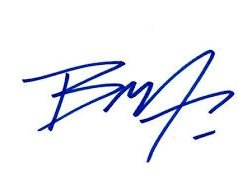 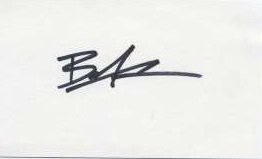