by autographsale on July 24, 2017 in Autograph Examples

Having been an expert in Bruce Lee Autographs and Autograph Examples for a number of years, I thought I would update my own autograph website and give buyers/collectors some knowledge into Bruce Lee autographs so they have more experience when looking to purchase.

To date the market these days are full of forgeries, many of them very noticeable but others great forgeries plus many machined copied signatures. But we have authentic Bruce Lee autograph for sale.

(November 27, 1940 – July 20, 1973), known as Bruce Lee autographs. A Hong Kong and American martial artist, actor. philosopher, filmmaker, and founder of the martial art Jeet Kune Do. Bruce was the son of Cantonese opera star Lee Hoi-Chuen. Widely considered by critics, media, and other martial artists, Bruce is to be one of the most influential martial artists of all time.

Chinatown, San Francisco on November 27, 1940, born to parents from Hong Kong and raised in Kowloon. Hong Kong with his family until his late teens. Introduced to the film industry by his father and appeared in several films as a child actor. Lee moved to the United States at the age of 18 to receive higher education. The University of Washington, at Seattle and it was during this time that he began teaching martial arts. His Hong Kong and Hollywood-produced films elevated the traditional Hong Kong martial arts film to a new level of popularity. Creating a surge of interest in Chinese martial arts in the West in the 1970’s. 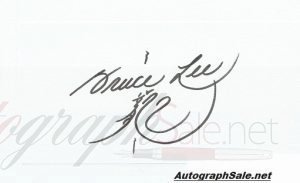 This example is a well known clear example of the style and flow of Bruce. Obtained in November 1966.

Autograph obtained during the Kato years. Obtained during a Kato convention when first produced. Watch out for many fakes with “Kato” written underneath. 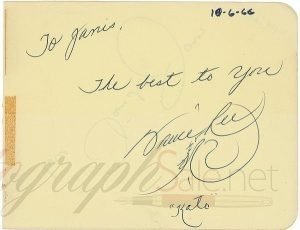 Again the lovely flow of Bruce’s signature and hand writing. This item has been copied many times using a machine printer. Be very careful when purchasing. Usually, the item is exact to this one. This one above is the original.

Contract from 1969 hand signed by Bruce in black marker. 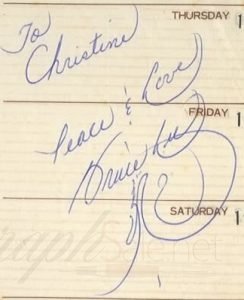 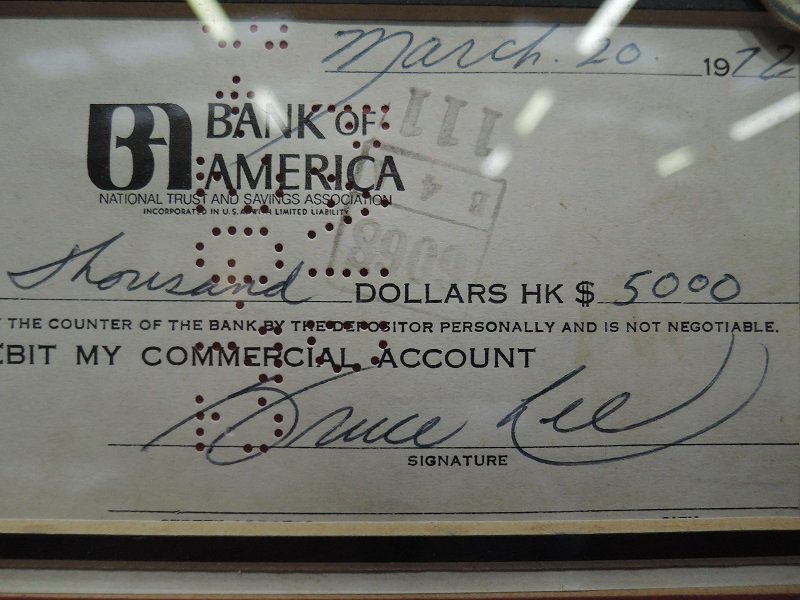 Here are a few fake examples that have been for sale over the years. They are certainly a lot more forgeries than authentic Bruce Lee autographs. 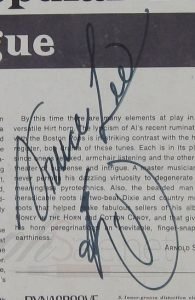 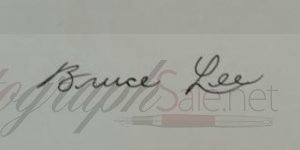 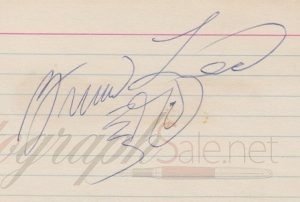 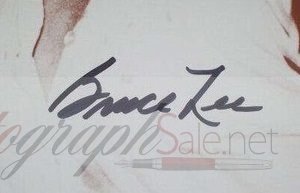 As you can see some of these attempts are very poor but when you don’t know what your looking at and see a Bruce Lee autograph for sale at $100 you might presume you are onto a winner. The saying goes, if it’s too good to be true then it usually is.

When purchasing I would recommend buying an item from a dealer who offers a lifetime money back guarantee and UACC Registered Dealers.