by autographsale on October 21, 2019 in Autograph Examples

Authentic Burt Young Autographs who played Paulie from ROCKY. These authentic autographs were obtained in person on the 12th October 2019 at the Comic Con Scotland show in Edinburgh. 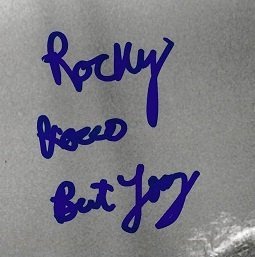 Burt Young (born April 30, 1940) is the actor who plays Paulie Pennino, the friend and later brother-in-law of Rocky Balboa, and the older brother of Adrian Pennino-Balboa in the Rocky film series.

Born Gerald Tommaso DeLouise in Queens, New York, the son of Josephine and Michael. He was trained by Lee Strasberg at the Actor’s Studio. 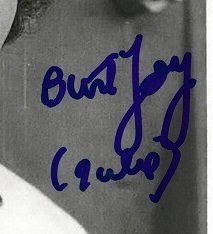 Young made his name playing rough-edged working class Italian-American characters; the best-known example being his signature role as Rocky Balboa’s friend (and future brother-in-law) Paulie in Rocky (1976), for which he received an Oscar nomination for Best Supporting Actor. He is one of four actors (the other three being Sylvester Stallone, Stu Nahan and Tony Burton) who have appeared in all of the first six Rocky films (although Talia Shire, who appears in the first five films, makes a flashback appearance in the sixth). Young did not reprise his role in the 2015 film Creed, with the character described as having died in 2012. 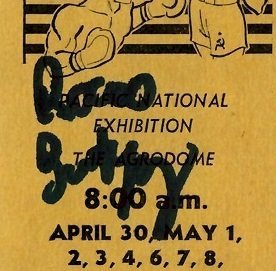 He has played similar roles in Chinatown, Convoy, Back to School, The Pope of Greenwich Village, Once Upon a Time in America; Last Exit to Brooklyn, Downtown: A Street Tale, and even a brutal and darker role in Amityville II: The Possession. Additionally, Burt Young autographs has also appeared in many television programs, including The Rockford Files, Baretta, Law & Order, Walker, Texas Ranger, M*A*S*H. He guest-starred in a Miami Vice episode, and made an appearance on The Sopranos (“Another Toothpick”) as Bobby Baccalieri’s father; who is dying of cancer and comes out of retirement to execute a hit on his godson. 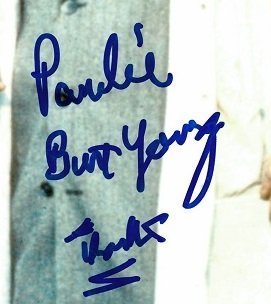 In 2017, Burt Young autographs returned to the stage as an aged mob boss in The Last Vig, a play written by Dave Varriale. The show ran from January 14 to February 19, 2017, at The Zephyr Theatre in Los Angeles. Continues to work on his own private art work which he sells through a studio. 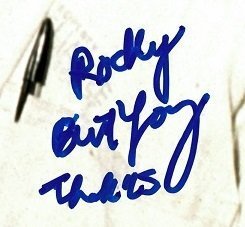 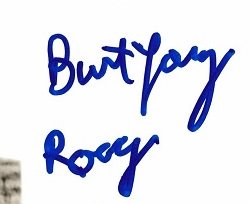