Christopher Lloyd Autographs | Back to the future

by autographsale on October 14, 2019 in Autograph Examples

Christopher Lloyd Autographs | Back to the future

Authentic Christopher Lloyd Autographs from Back to the future. Obtained in person at Comic Con Scotland 12th October 2019. During the event we got Christopher to signed two DeLorean 1:24 scale cars and also two OUTATIME metal Registration plates. The queues for Lloyd were massive at the event. We spent over 2 hours in the line for him and he signed the items in black marker which was his choice. He wasn’t very talkative don’t think he wanted to be there to be honest but what a great guest to have sign for you.

Christopher Allen Lloyd (born October 22, 1938) is an American actor and voice actor. Lloyd came to public attention in Northeastern theater productions during the 1960’s and early 1970’s; earning Drama Desk and Obieawards for his work. He made his screen debut in One Flew Over the Cuckoo’s Nest (1975); and gained widespread recognition as Jim Ignatowski in the comedy series Taxi (1978–1983), for which he won two Emmy Awards. Lloyd also starred as Commander Kruge in Star Trek III: The Search for Spock, Emmett “Doc” Brown in the Back to the Future trilogy, Judge Doom in Who Framed Roger Rabbit (1988), and Uncle Fester in The Addams Family (1991) and its sequel Addams Family Values (1993).

Furthermore, Christopher Lloyd autographs earned a third Emmy for his 1992 guest appearance in Road to Avonlea, and won an Independent Spirit Award for his performance in Twenty Bucks (1993). He has done extensive voice work, including Merlock in Duck Tales the Movie (1990), Grigori Rasputin in Anastasia (1997); the Woodsman in the Cartoon Network miniseries Over the Garden Wall (2014); and the Hacker in PBS Kids series Cyberchase (2002–present), which earned him two further Emmy nominations. Lloyd has also been nominated for two Saturn Awards and a BIFA Award. Back To the future memorabilia which has Christopher Lloyd autographs are highly collectible for all fans. 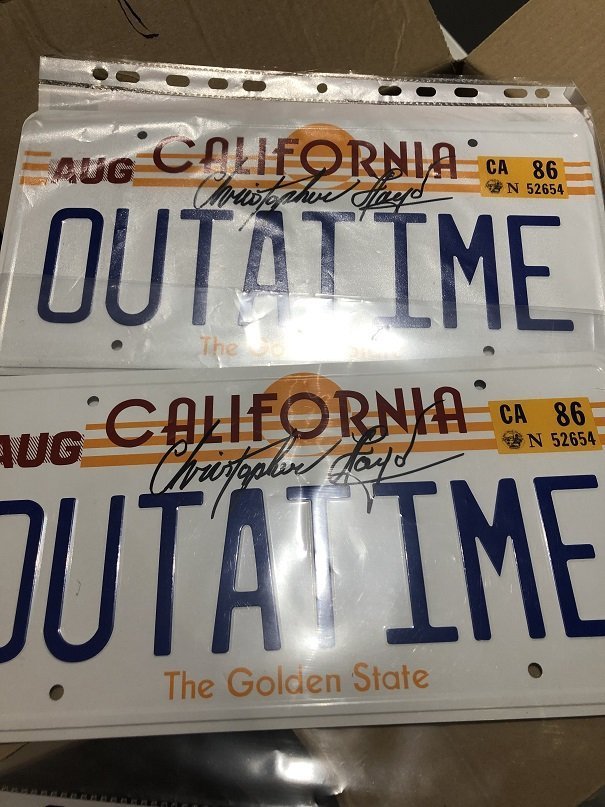 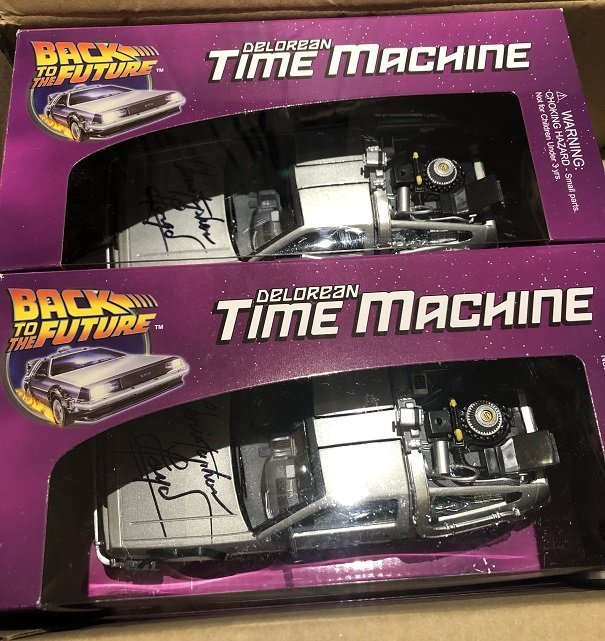 Christopher Lloyd Autograph for sale DeLorean plate | Back to the Future

Christopher Lloyd signed OUTATIME Number plate | Back to the Future