by autographsale on November 20, 2019 in Autograph Examples

Authentic Dolph Lundgren Autograph obtained 30th October 2019.  Note the differences between Dolph’s autographs from in person and compared to a paid Convention autograph.

Hans Dolph Lundgren was born and raised in an academic middle-class family in Stockholm, Sweden. Despite an early interest in playing the drums and clowning around in high school comedies, Dolph decided to follow in his father’s and older brother’s cerebral footsteps and pursue an engineering degree. After having completed his military service in the Swedish Marine Corps; he enrolled in the Royal Institute of Technology in Stockholm, studying the same subject as his older brother: Chemical Engineering.

He attended both Washington State University and Clemson University in South Carolina, studying Chemistry on various scholarships. Graduating from The Royal Institute of Technology in Stockholm; Completing his Master’s Degree in Chemical Engineering on an exchange program with the University of Sydney in Australia. Graduating at the head of his class, Dolph Lundgren autograph awarded a Fulbright scholarship to the prestigious Massachusetts Institute of Technology in Boston, one of the world’s top engineering schools.

That same year the young Ph.D. student met the exotic singer Grace Jones and fell in love. Furthermore, he decided to move to New York City and take up modeling to make some extra cash. A bit too muscular for a model’s size 40, Dolph Lundgren autograph in person was to begin at MIT a few months later. On a friend’s advice: “Hey man, you look like you should be in the movies”…this is where it all began.
His motion picture debut came in the James Bond feature A VIEW TO A KILL in 1985.

However, Dolph’s memorable performance in ROCKY IV later that year that definitely got him noticed worldwide. Additionally, after a nine month audition process, among 5,000 hopefuls, Dolph cast by writer-director Sylvester Stallone as his fearsome Russian opponent, Captain Ivan Drago. Also, Dolph Lundgren autograph grit his teeth and managed to build quite a career as an international action-hero and has since starred in more than 50 feature films. 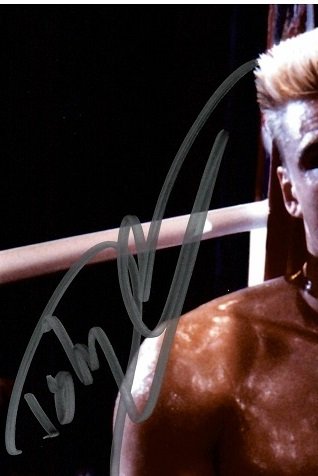 These following autographs were obtained in person 2019 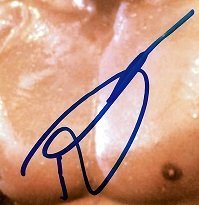 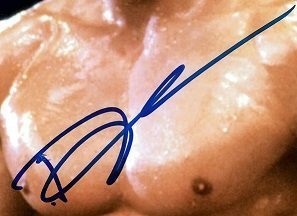 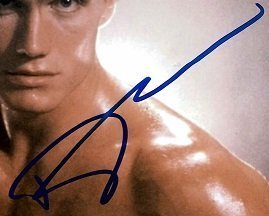 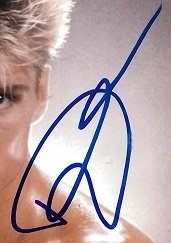 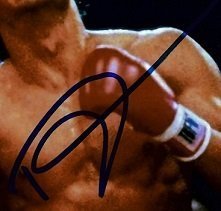 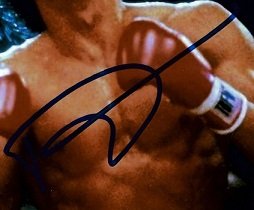 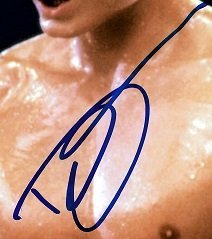