by autographsale on May 29, 2020 in Autograph Examples

Eric Daniel Pierre Cantona (born 24 May 1966) is a French actor, director, producer, and former professional footballer. He played for Auxerre, Martigues, Marseille, Bordeaux, Montpellier, Nîmes, and Leeds United before ending his career at Manchester United; where he won four Premier League titles in five years and two League and FA Cup Doubles. He won the league championship in seven of his last eight full seasons as a professional. At international level, he played for the French national team.

A large, physically strong, hard-working, and tenacious forward who combined technical skill and creativity with power and goal scoring ability, Eric Cantona Autographs is often regarded as having played a key role in the revival of Manchester United as a footballing force in the 1990s and having an iconic status at the club. He wore the No. 7 shirt at Manchester United, and known for turning up his collar. Additionally, Cantona is affectionately nicknamed by Manchester United fans as “King Eric” and was voted as the team’s greatest ever player by Inside United magazine. Set against his achievements in football autographs was a poor disciplinary record for much of his career, including a 1995 conviction for an assault on a fan for which he received an eight-month suspension.

Following his retirement from football in 1997; he took up a career in cinema and had a role in the 1998 film Elizabeth, starring Cate Blanchett; the 2008 film French Film, and the 2009 film Looking for Eric. Also, In 2010, he debuted as a stage actor in Face au Paradis, a play directed by his wife, Rachida Brakni. Cantona also took an interest in the sport of beach soccer, and as player-manager of the France national team, he won the 2005 FIFA Beach Soccer World Cup.

Charismatic and outspoken, Cantona autographs was an inaugural inductee into the English Football Hall of Fame in 2002. Besides, the museum states that “the enigmatic Frenchman, one of the Premier League’s most controversial players ever”. Furthermore, At the Premier League 10 Seasons Awards in 2003, voted the Overseas Player of the Decade. In 2004, named by Pelé in the FIFA 100 list of the world’s greatest living players.

Here are some examples of the signatures we’ve obtained from Eric: 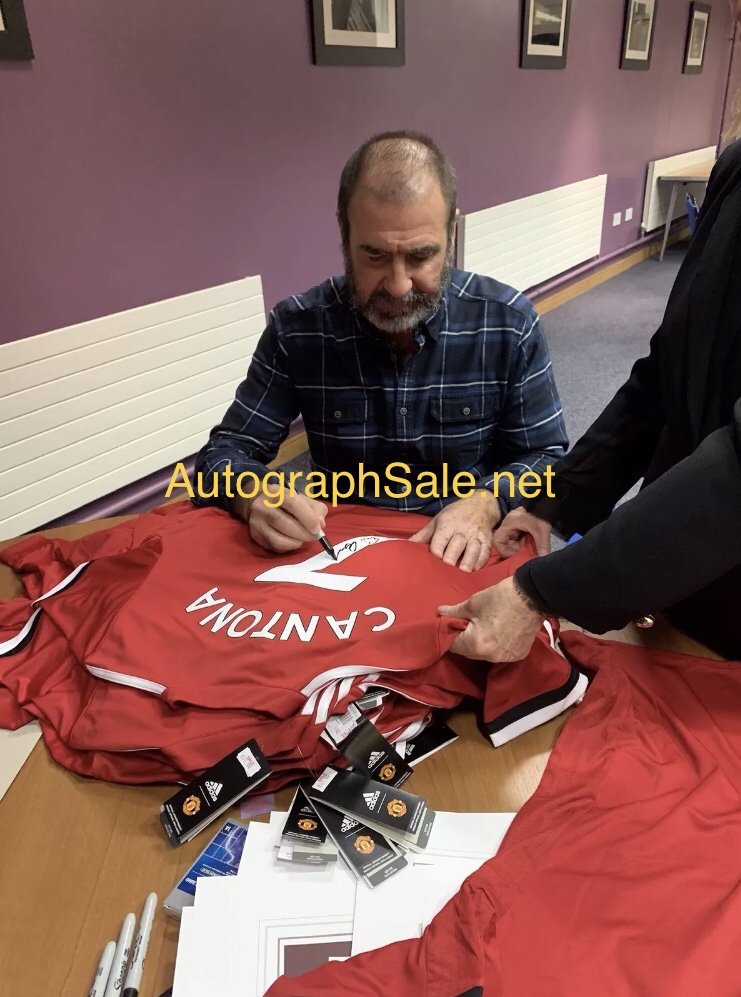 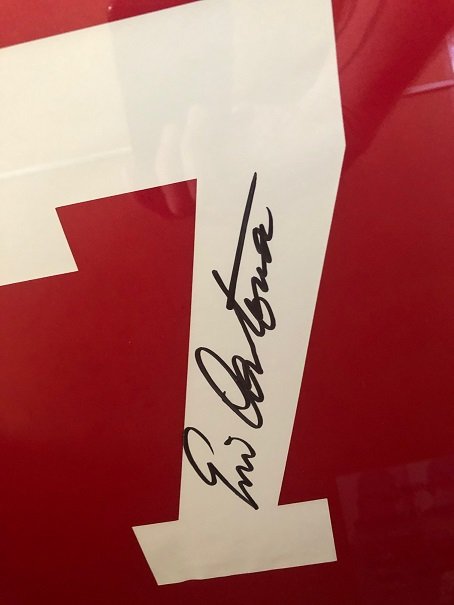 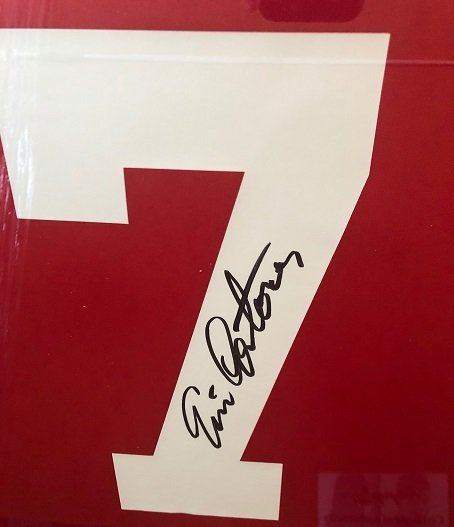 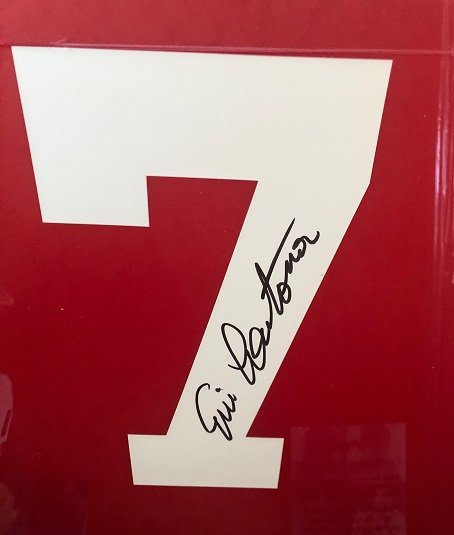 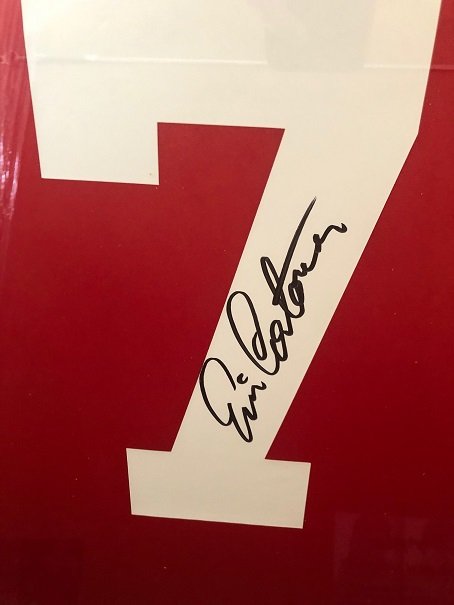 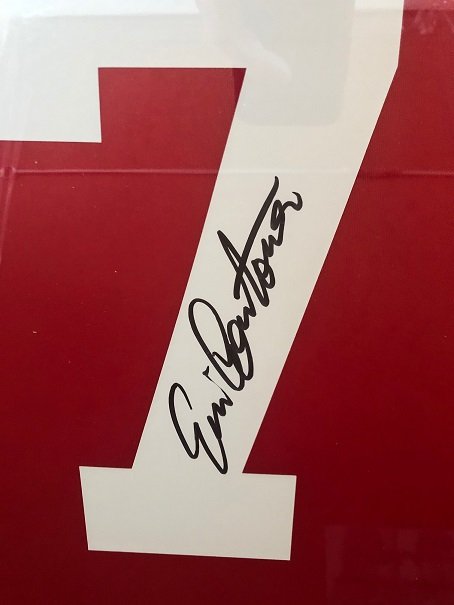 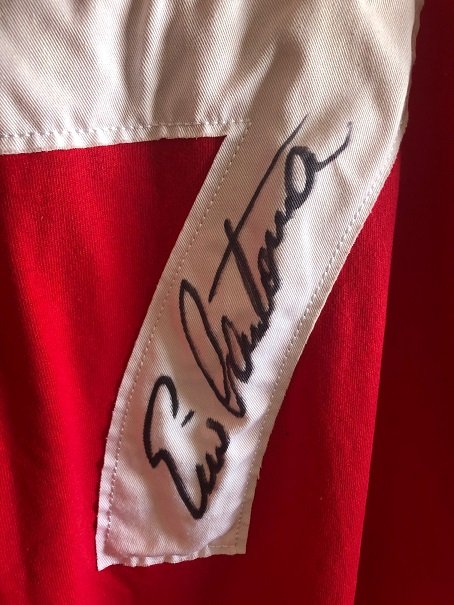