by autographsale on August 7, 2020 in Autograph Examples

Authentic Graeme Souness autographs | Rangers and Liverpool signed memorabilia. These were obtained in July 2020 during a private signing session.

Souness was brought up in the Saughton Mains area of Edinburgh, and supported local side Hearts and Rangers. As a teenager, Souness played for local boys’ club North Merchiston.

His career began as an apprentice at Tottenham Hotspur under Bill Nicholson. He signed professional forms as a 15-year-old in 1968. Frustrated at a lack of first-team opportunities, the teenage Souness reputedly informed Nicholson he was the best player at the club. Souness made one first-team appearance for Spurs, in a UEFA Cup tie as a substitute.

During the summer of 1972, Souness played in the North American Soccer League for the Montreal Olympique. He appeared in 10 of his team’s 14 matches and named in the league’s All-Star team for that season.

Spurs sold Souness to Middlesbrough for £30,000 in 1972. He made his first appearance for Middlesbrough on 6 January 1973 in a 2–1 league defeat to Fulham at Craven Cottage. His first goal came on 11 December 1973 in a 3–0 league victory over Preston North End at Ayresome Park.

Souness’ tenacious style began to garner acclaim during his time at Middlesbrough. His first season saw Middlesbrough finish fourth, two places and 14 points short of promotion. Jack Charlton was appointed Middlesbrough manager, his first managerial post, in May 1973. One of Charlton’s first signings, experienced former Celtic midfielder Bobby Murdoch, a fellow Scot whom Souness later cited as an important influence in the development of his playing style. Promotion as champions of the Second Division followed in 1973–74. Souness’ influence demonstrated when he scored a hat-trick in the season’s final fixture, an 8–0 victory over Sheffield Wednesday.

Souness’ time at Anfield began in January 1978 as a replacement for veteran Ian Callaghan. After winning his first European Cup in 1977, Liverpool manager Bob Paisley sought reinforcements by signing three Scottish players, all of whom were to contribute substantially to further success. Central defender Alan Hansen arrived from Partick Thistle for £110,000. Kenny Dalglish – an established Scottish international – signed from Celtic for a then British record fee of £440,000. Souness formed the final part of the Scottish triumvirate; leaving Middlesbrough in acrimonious circumstances for a club-record fee of £350,000 on 10 January 1978.

Souness’ Liverpool debut came in a 1–0 league victory over West Bromwich Albion at The Hawthorns on 14 January 1978. His first goal – a volley from just inside the penalty box, eventually awarded fans’ goal of the season – came in a 3–1 win over bitter rivals Manchester United at Anfield on 25 February 1978.

Souness played a critical role in Liverpool’s retention of the European Cup against FC Bruges in 1978 at Wembley Stadium; providing the pass for Kenny Dalglish to score the match’s only goal.

Sustained success followed. Souness’s first League title medals won in seasons 1978–79 and 1979–80. A second European Cup medal for Graeme Souness autographs arrived in 1981 with a 1–0 victory over Real Madrid; the culmination of a campaign in which Souness scored a hat-trick in the quarter-final against CSKA Sofia.

This burst of success prompted Paisley to award Souness the club captaincy for season 1981–82, to the chagrin of the incumbent Phil Thompson who had made some errors that season and with whom Paisley had a vicious row during one match at Aston Villa. Additionally, Thompson initially refused to speak to Graeme Souness autographs, claiming he had “stolen the captaincy” from behind his back. This was the start of several long-running feuds between the two robust characters, and over the coming years, they would confront each other in various circumstances.

Under Souness’ captaincy, two trophies followed as Liverpool regained the League championship and retained the League Cup, trophies that were successfully defended in season 1982–83. Equally, For the trophy award presentation after the 2–1 win over Manchester United in 1983, Graeme Souness autographs stepped back and insisted that Paisley collect the trophy, it being the manager’s retirement season.

Again, In 1983–84, Souness lifted three trophies. Then again, He scored the winning goal in the 1984 League Cup final replay at Maine Road; against Merseyside rivals Everton, the first all-Merseyside cup final. Liverpool won the league title for the third consecutive season and reached the 1984 European Cup final after beating Romanian champions Dinamo București in the semi-final 3–1 on aggregate. In Addition, an ill-tempered first leg at Anfield, Souness broke the jaw of Dinamo captain Lică Movilă, which went unpunished by the referee. Besides, Liverpool won the 1984 final after a penalty shoot-out win over Roma, with Souness scoring one of the penalties in the shootout.

Souness’ Liverpool career ended in 1984 after 358 appearances and 56 goals.

Souness left Liverpool in 1984, joining Sampdoria for a fee of £650,000. Souness and England international Trevor Francis – a player at the Genoa-based club since 1982; added experience to an emerging group of future Italian internationals, including Roberto Mancini; Pietro Vierchowod and Gianluca Vialli. Furthermore, In his first season, Sampdoria won the Coppa Italia with a 3–1 victory over Serie A rivals Milan; securing the trophy for the first time in club history.

Souness’ career in Italy ended in 1986 as he took up the position of player-manager at Rangers. His playing career at Ibrox began inauspiciously. His competitive debut – in the opening match of the 1986–87 season; against Hibernian in his hometown of Edinburgh – saw him sent off after two yellow cards in the first 34 minutes.

Disciplinary problems – something that had recurred periodically throughout Souness’s career – resurfaced on a number of occasions during his time as a player at Rangers autographs, and the spell was also blighted by injury. He made 73 appearances in total for Rangers (50 in the league), scoring three goals before retiring as a player in 1991 at age 38. Also, His final appearance as a player was at Ibrox in a 2–0 victory over Dunfermline Athletic; in Rangers’ last home match of the 1989–90 season; when he brought himself on for the final 20 minutes. 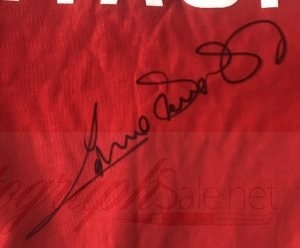 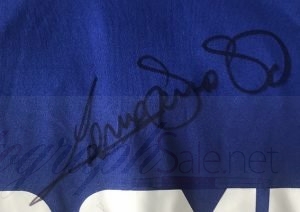 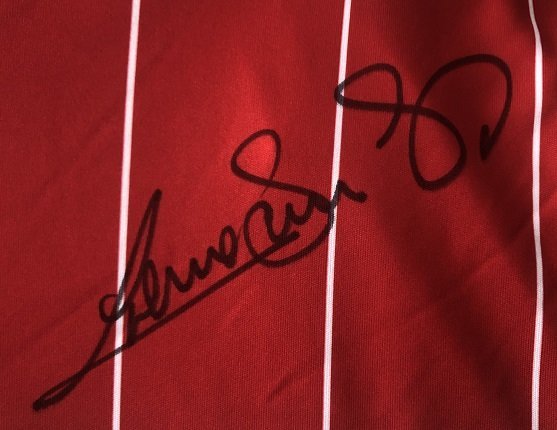 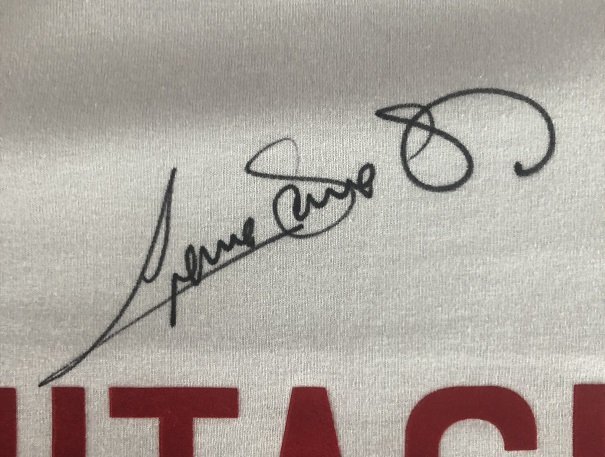 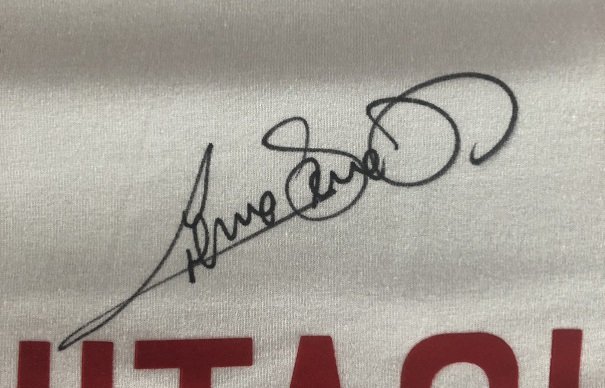 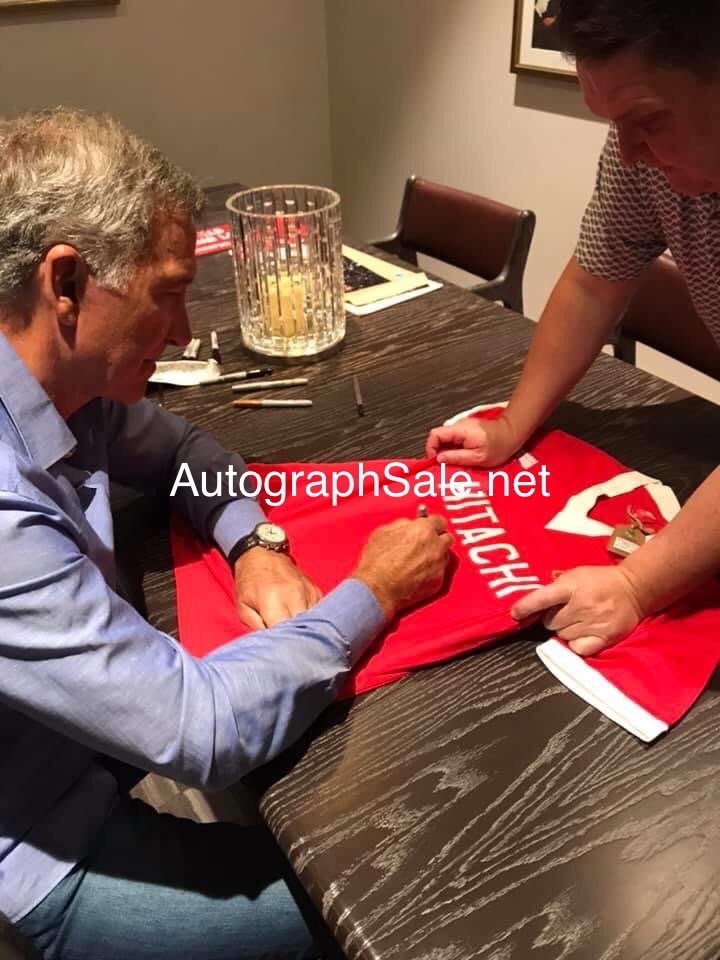 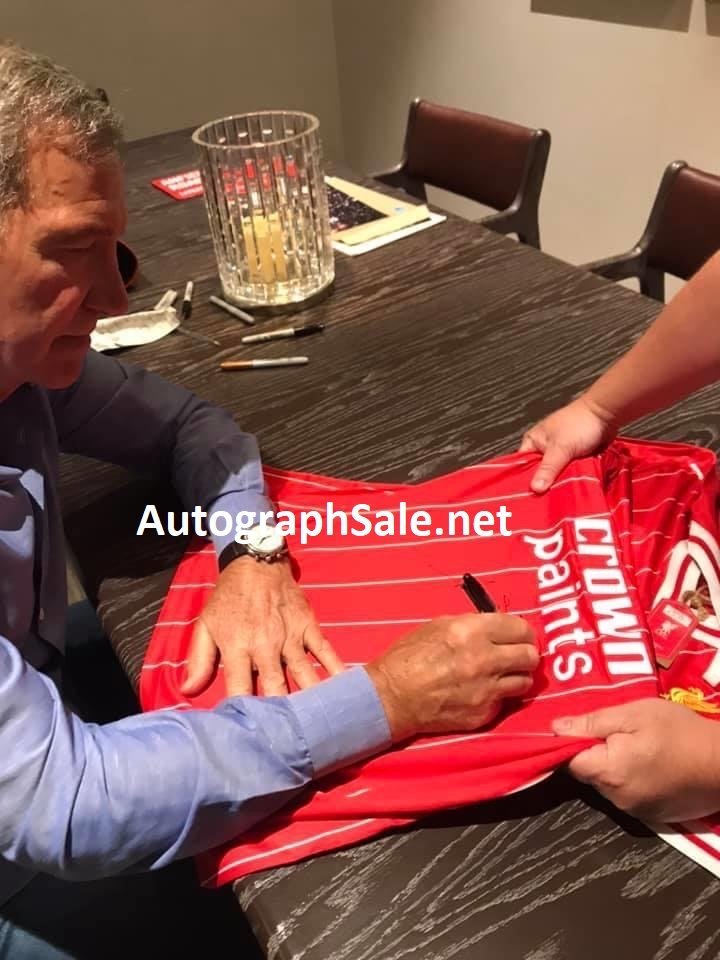 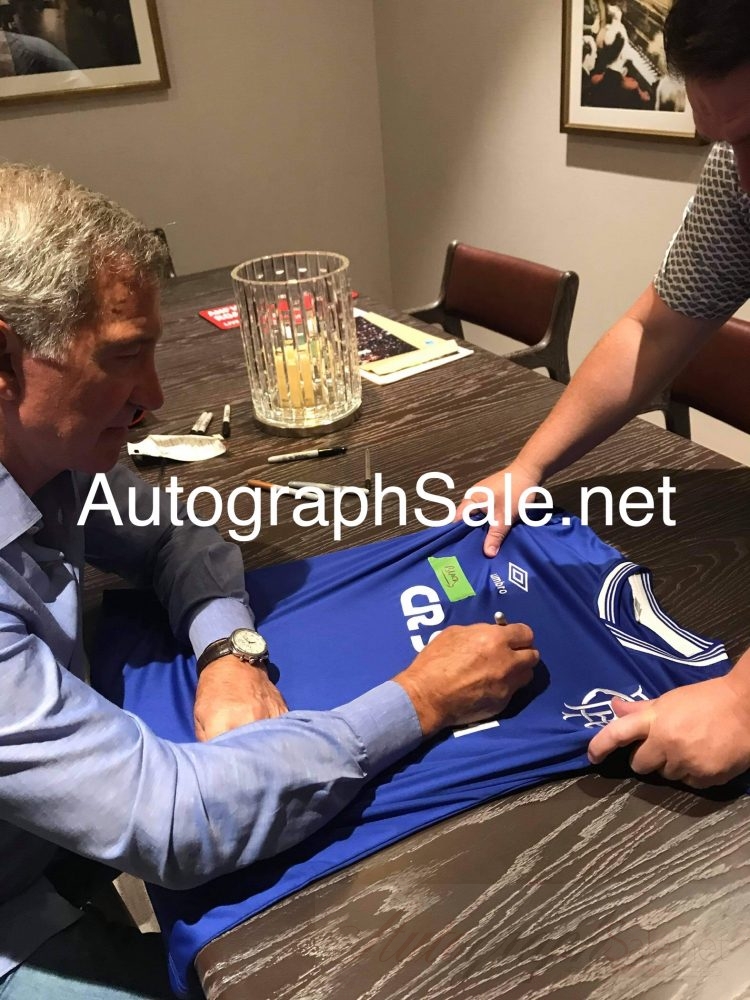