by autographsale on October 28, 2019 in Autograph Examples

Authentic Jean Claude Van Damme Autographs signatures of JCVD Memorabilia obtained in person. These autographs below obtained at the Edinburgh Comic Con on the 12th October 2019. 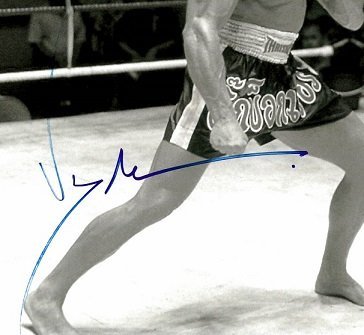 Van Damme was born Jean-Claude Camille François van Varenberg, on 18 October 1960, in Berchem-Sainte-Agathe, Brussels, Belgium, the son of Eliana and Eugène van Varenberg, who was an accountant and florist. Additionally, His father is from Brussels and bilingual, and his mother is Flemish (Dutch-speaking). The Roman Catholic Van Damme’s paternal grandmother was Jewish. 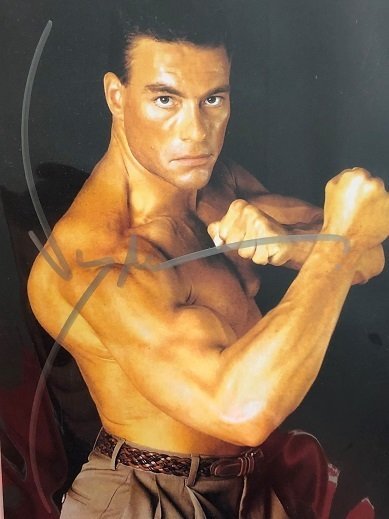 He began martial arts at the age of ten, enrolled by his father in a Shōtōkan karate school. His styles consist of Shōtōkan Karate and Kickboxing. He eventually earned his black belt in karate at 18. He started lifting weights to improve his physique, which eventually led to a Mr. Belgium bodybuilding title. Additionally, At the age of 16, he took up ballet, which he studied for five years. According to Jean Claude Van Damme Autographs, ballet “is an art, but it’s also one of the most difficult sports. If you can survive a ballet workout, you can survive a workout in any other sport autographs.” Later he took up both Taekwondo and Muay Thai. 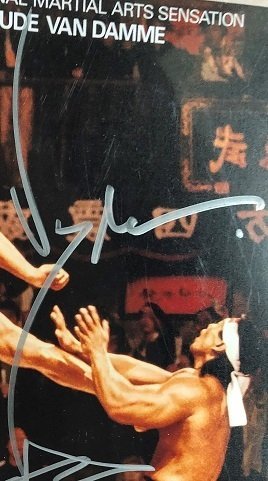 In 2012, a statue of the actor unveiled in Anderlecht, Belgium. The artwork, which depicts a younger incarnation of the Muscles from Brussels in a fighting pose, was commissioned to commemorate the 40th anniversary of the Westland Shopping complex. The unveiling took place on Boulevard Sylvain Dupuis and was attended by Van Damme, his parents; Wallonia-Brussels culture minister Fadila Laanan and nearly 2,000 fans. Furthermore, Van Damme said the statue “represented the dream of a Brussels kid” and was “for all the children who want something bad”; adding that “if you believe in something strongly enough, it can come true”. Also, In Bloodsport he fought against Bolo Yeung who was famous for playing alongside Bruce Lee in Enter The Dragon. 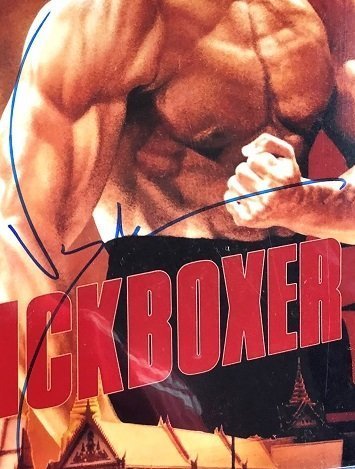 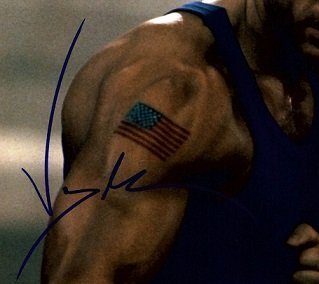 This signed photo is for sale, please click on it.