by autographsale on April 2, 2018 in Autograph Examples

Boba Fett is a favourite of many Star Wars fans. As a Bounty Hunter, he worked for Jabba The Hut and also Darth Vader. Finally capturing Han Solo (played by Harrison Ford). Over the years Star Wars autographs have become a massive franchise just like the film itself. Many cast members doing conventions etc signing autographs for fans and charging for these. It’s a great honour to meet these actors and many of them are so lovely.

I met Jeremy Bulloch in Edinburgh on the 3rd Feb 2018 during a SciFi film convention. Other guests were Julian Glover (General Veers) and Jimmy Vee (R2-D2) both Star Wars cast members.

Below are some examples of Jeremy Bulloch Autographs that I obtained. Jeremy Bulloch played more than one character in Star Wars. He also played Lieutenant Sheckil and Captain Colton but Boba Fett was his main character and which he is better known for. 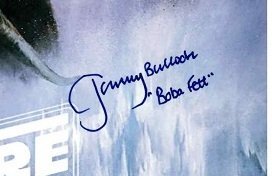 Born on February 16, 1945 in Market Harborough, Leicestershire, England. He is one of six children and even at the young age of five was on stage in his school show enjoying acting and singing. After failing a school exam at the age of eleven, Jeremy Bulloch autographs seemed destined for the acting profession and was soon attending Corona Academy Drama School, making his first professional appearance at the age of twelve when he appeared in a commercial for a breakfast cereal.

In 1978, he was starring in the television comedy series Agony (1979); which co-written by an American called Len Richmond. It was during this series that Jeremy was asked to play a small part in Star Wars; Episode V – The Empire Strikes Back (1980). The part, of course, was Boba Fett – proving the old theatrical saying that “there is no such thing as a small part”! Star Wars; Episode VI – Return of the Jedi (1983) soon followed and Jeremy Bulloch autographs invited to reprise the role of Boba Fett. 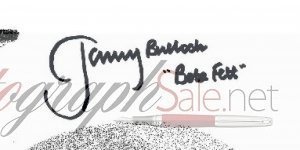 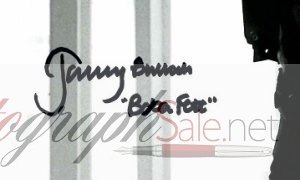 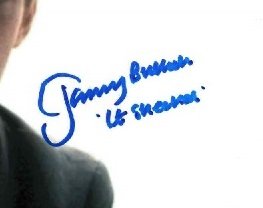 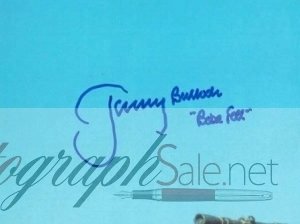