by autographsale on October 2, 2019 in Autograph Examples

Authentic Kurt Cobain Autographs from Nirvana. Great selection below of authentic autographs that we have came across over the years.

Due to the Rarity and high price of Kurt Cobain autographs please note that 99% of signatures you see on the internet are forgeries.

Kurt Donald Cobain (February 20, 1967 – April 5, 1994) was an American singer, songwriter, and musician; best known as the guitarist and frontman of the rock band Nirvana. Remembered as one of the most iconic and influential rock musicians in the history of alternative music.

Born in Aberdeen, Washington, Cobain formed the band Nirvana with Krist Novoselic and Aaron Burckhard in 1987 and established it as part of the Seattle music scene which later became known as grunge. Additionally, after signing with major label DGC Records; Nirvana autographs found success with “Smells Like Teen Spirit” from their second album Nevermind (1991). Following the success of Nevermind; Nirvana labelled “the flagship band” of Generation X, and Cobain hailed as “the spokesman of a generation”; however, Kurt Cobain autographs resented this, believing his message and artistic vision misinterpreted by the public, with his personal problems often subject to media attention.

During the last years of his life, Cobain struggled with heroin addiction and chronic health problems such as depression. He also struggled with the personal and professional pressures of fame, and his marriage to musician Courtney Love. On April 8, 1994, Cobain was found dead at his home in Seattle at the age of 27; police concluded he had died on April 5 from a self-inflicted shotgun wound to his head. 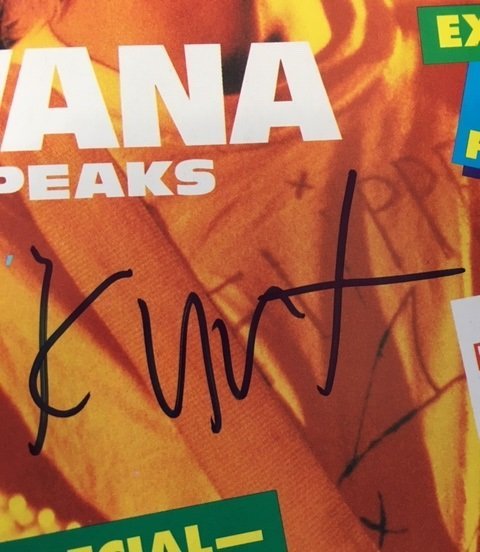 Cobain described as a “Generation X icon”. He was posthumously inducted into the Rock and Roll Hall of Fame, along with Nirvana autographs bandmates Dave Grohl and Novoselic, in their first year of eligibility in 2014. In 2003, David Fricke of Rolling Stones ranked him the 12th greatest guitarist of all time. He ranked 7th by MTV in the “22 Greatest Voices in Music”. Also, in 2006, he placed 20th by Hit Parader on their list of the “100 Greatest Metal Singers of All Time”. 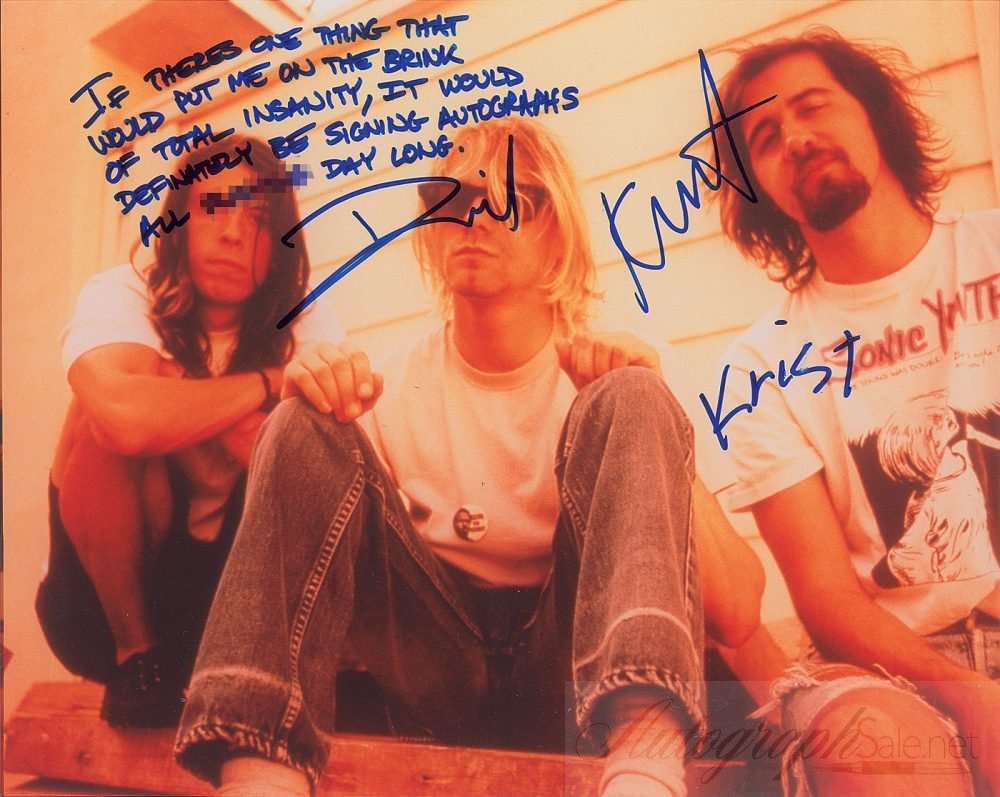 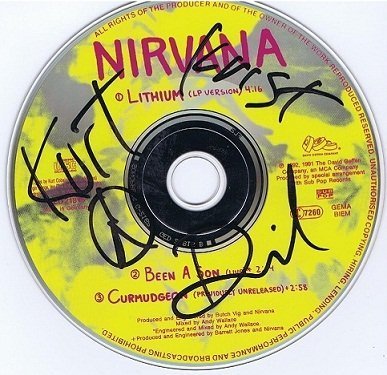 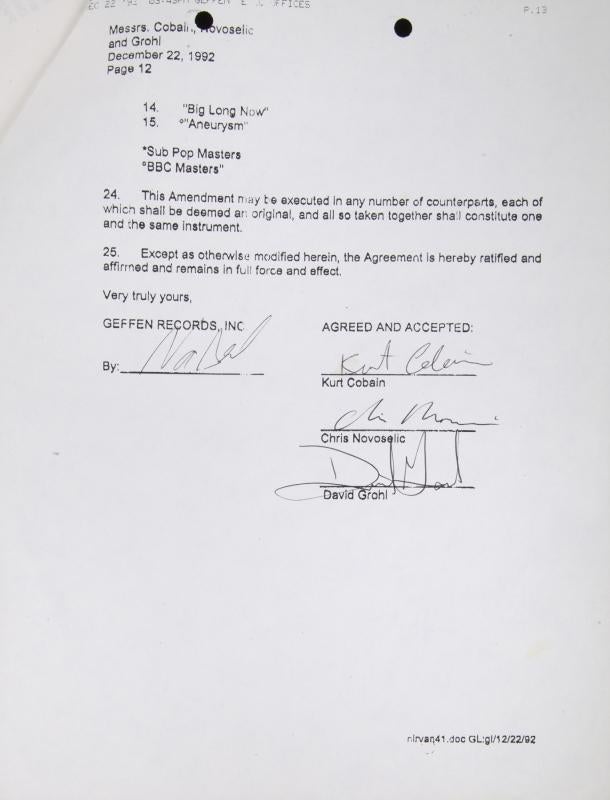