by autographsale on January 14, 2019 in Autograph Examples

One of the biggest rock bands in history, Led Zeppelin grew massively in the late ’60s and throughout the 70s; by playing worldwide in many venues such as concert halls and stadiums. The band consisted of members; Jimmy Page (guitar), Robert Plant (Vocals), John Bonham (drums) and John Paul Jones (bass).

Once classed as being better than The Beatles at one point in their career Led Zeppelin; to date, they are still one of the highest regarded bands by many of today’s artists.

Due to their massive popularity, Led Zeppelin autographs and memorabilia is a top piece of collectable by all music fans and collectors alike. Item’s used and once owned by the band very rarely come up on the memorabilia market but when they do they receive bids of extremely high figures.

Autographs being another piece of top collectables of Led Zeppelin memorabilia. Fully signed items such as albums, photographs or piece of paper are very desirable by all fans. Due to these high demands and prices, partly signed pieces are easy to collect as they are more readily available.

This being said, the number of fake autographs have been flooding the market due to the high demand for fans and collectors to buy genuine Led Zeppelin autographs. 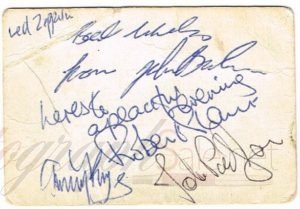 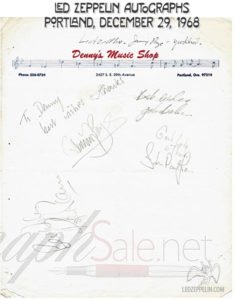 1968 Set of autographs from Portland 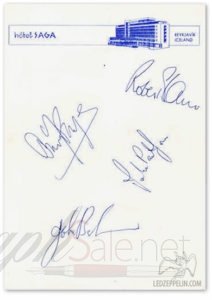 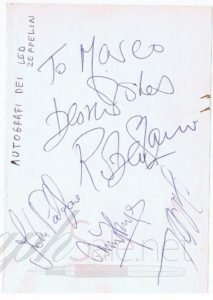 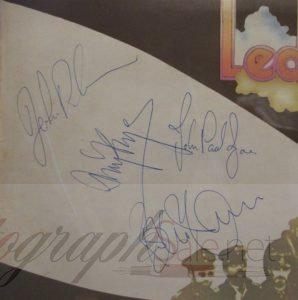 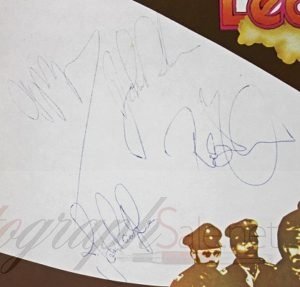 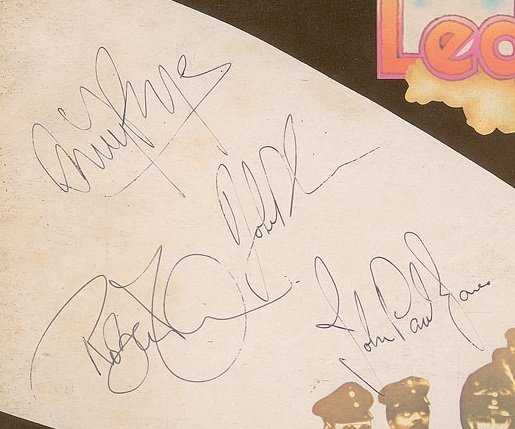 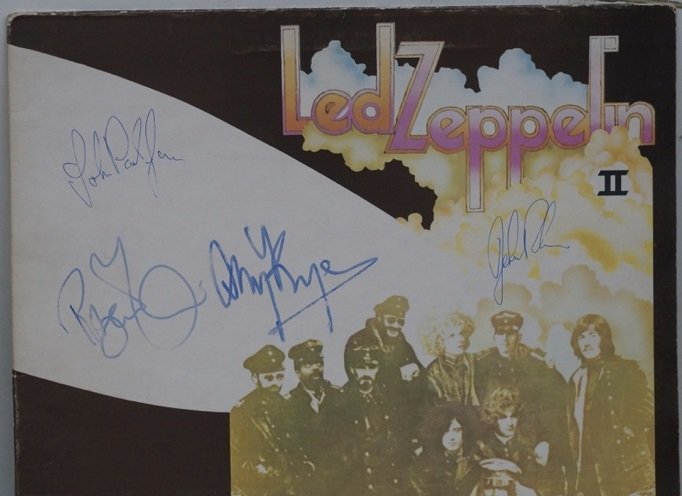 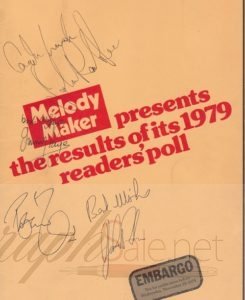 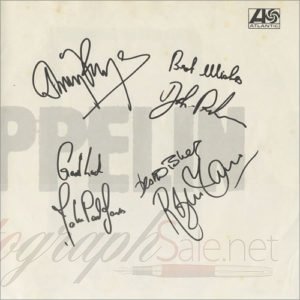 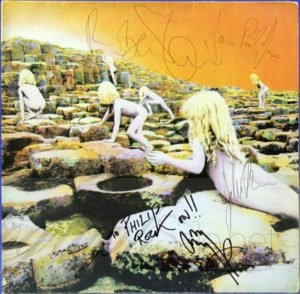 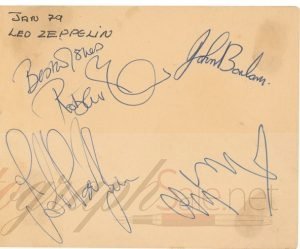 Being collectors and massive fans of Led Zeppelin, we will always interested in purchased signed items. If you have any that you wish to sell please contact us.