by autographsale on August 30, 2020 in Autograph Examples

Mark Wayne Hateley (born 7 November 1961), nicknamed Attila during his time in Milan, is an English former footballer who played as a centre forward. Hateley’s breakthrough season came at Second Division side Portsmouth; where he ended the 1983–84 season as the club’s top goal scorer. He then moved to A.C. Milan autographs, and despite his time at the club affected by inconsistent performances and injuries, Mark’s fondly remembered for his winning goal against Inter Milan in 1984.

In 1987, Hateley signed for Monaco, winning the league in his first season at the Monegasque club. In 1990, he signed for Rangers. Also, in his five-year spell at the club, he was a part of a title winning squad in every season; and attained personal success in the 1993–94 season, as voted both the SFWA Footballer of the Year and the SPFA Players’ Player of the Year. As well as the league’s top goalscorer with twenty-two goals. He briefly rejoined the club in 1997, as there were no available forwards for the Old Firm match, but sent off on his second debut. In 1999, Mark Mark Hateley autographs was named as part of Rangers‘ greatest ever team, and in 2003, he was inducted to Rangers’ Hall of Fame.

From 1984 to 1992, Hateley made thirty-two appearances for the English national team, scoring nine goals. He was a member of the squads for the 1986 FIFA World Cup and UEFA Euro 1988.

Father to four children : Emma, Lucy, Faye and Tom. Mark’s son, Tom is also a footballer playing for Piast Gliwice in the Polish Ekstraklasa. Tom was born in Monaco during Mark’s spell at AS Monaco and would later play in Scotland, England and Poland.

His late father, Tony was also a footballer who played in the English First Division for teams including Aston Villa; Chelsea, Liverpool Autographs and Notts County amongst others during the 1950s to 70s. At one stage, Tony’s transfer fees totalled the most for any player in England. 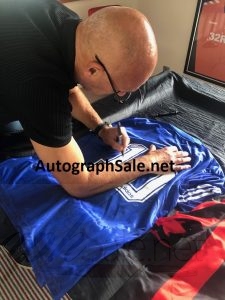 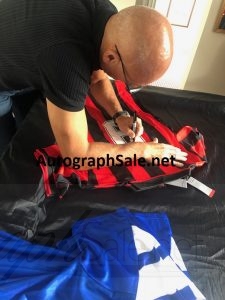 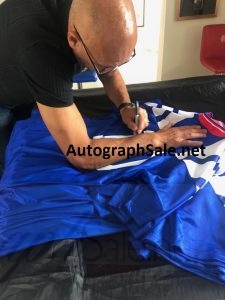 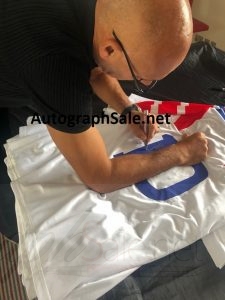 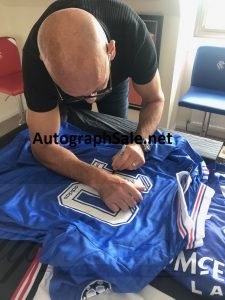 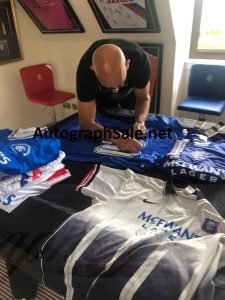 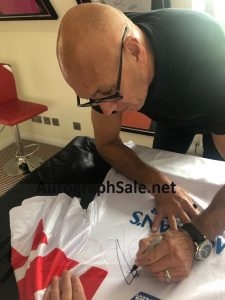 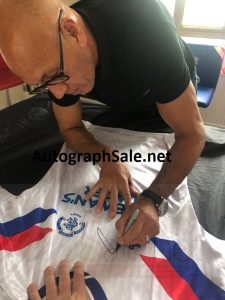