by autographsale on October 11, 2017 in Autograph Examples

John Michael “Ozzy” Osbourne (born 3 December 1948 in Birmingham) Is an English singer. Songwriter, and actor. He came to fame in the early 1970s as the lead singer of the heavy metal band Black Sabbath with Tony Iommi, Geezer Butler, and Bill Ward. Fired from Black Sabbath in 1979 and went on to have a successful solo career. Ozzy then married Sharon who was his manager who made him one of the biggest solo artists. Having his own concert festival over the States and UK. Releasing 11 studio albums, the first seven of which were all awarded multi-platinum certifications in the US. Osbourne has since rejoined with Black Sabbath several times. Furthermore, Recording the album 13 in 2013. His survival and success have earned him the title of “Godfather of Heavy Metal” which he truly deserves.

Osbourne’s total album sales from his years in Black Sabbath. Combined with his solo work, is over 100 million. As a member of Black Sabbath. He was inducted into the Rock and Roll Hall of Fame, and he was inducted into the UK Music Hall of Fame as a solo artist and as a member of the band. Having a unique singing voice and as a native of Birmingham. Well known for his strong Brummie accent – he has a star on the Birmingham Walk of Stars in his hometown. As well as the Hollywood Walk of Fame. At the 2014 MTV Europe Music Awards, he received the Global Icon Award.

Additionally, being the founders of Heavy Metal / Hard Rock. Black Sabbath and Ozzy Osbourne autographs have been rising in value at a high rate. These autographs continue to rise in value each day even though all members are still alive. 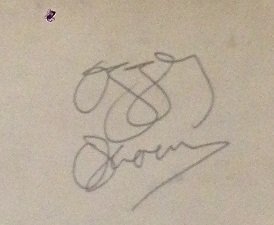 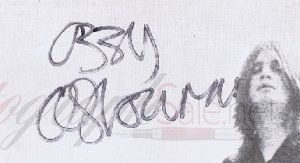 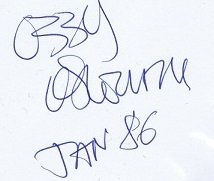 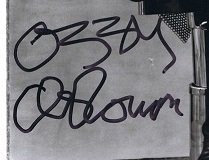 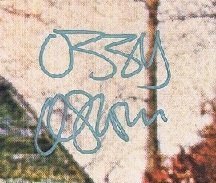 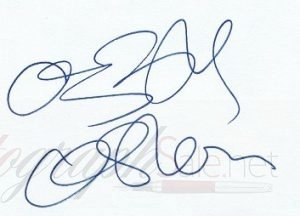 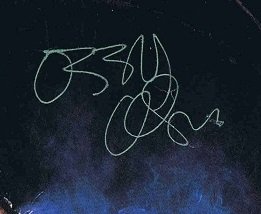 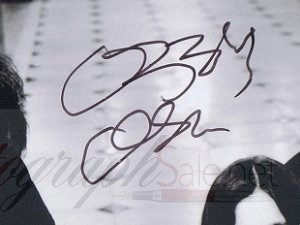 In 2020 Ozzy realesed Ordinary Man, on his website many of these were sold signed. The UK versions are all hand signed but the ones issued in America are mainly autopen signatures (signed by a machine).