by autographsale on April 4, 2018 in Autograph Examples

Sir Paul McCartney was born on June 18, 1942, in Liverpool, England. His work as a singer/songwriter with the Beatles in the 1960s helped transform popular music into a creative, highly commercial art form, with an uncanny ability to blend the two. He is also one of the most popular solo performers of all time, in terms of both sales of his recordings and attendance at his concerts. 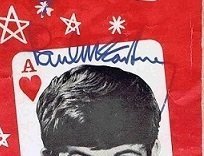 James Paul McCartney was born on June 18, 1942, in Liverpool, England, to Mary and James McCartney. His mother was a maternity nurse, and his father a cotton salesman and jazz pianist with a local band. The young McCartney was raised in a traditional working-class family, much the same as his future fellow The Beatles members Ringo Starr and George Harrison. Tragically, when McCartney was only 14 years old, his mother died of complications after a mastectomy. His future Beatles autographs bandmate, John Lennon, also lost his mother at a young age—a connection that would create a close bond between the two musicians.

By 1960, the group had settled on a new moniker, the Beatles, and George Harrison, Stuart Sutcliffe and Pete Best rounded out the line-up. They became regular fixtures at Liverpool’s Cavern Club, frequently pulling in over 500 people to see them in the 200-person capacity club. Their local fame earned them an offer to play in Hamburg, and off they went, spending the next three years honing their touring skills, drinking, carousing, and occasionally getting into trouble with the law. While there, Sutcliffe fell in love with local Astrid Kirchherr, an artist and photographer who helped create the Beatles’ look, influencing their wardrobe and cutting and styling their hair. Sutcliffe left the band, moved in with Astrid, and Paul McCartney autographs was finally free to take over the bass, a position he had been lobbying for. 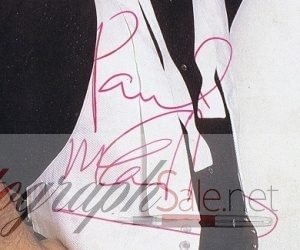 The Beatles disbanded in 1970, breaking fans’ hearts worldwide. However, McCartney had no intention of dropping out of the public eye. He was the first of the Beatles to release a solo album (McCartney, 1970), and though critics’ reactions were mixed, the album was a hit with the public. Encouraged, Paul McCartney autograph went on to form the band Wings, a band that would remain popular throughout the ’70s, winning two Grammy Awards and churning out multiple hit singles. 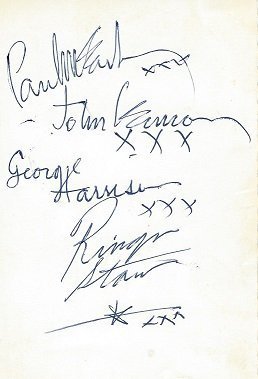 Paul McCartney original autograph & he also signed on behalf of the band. 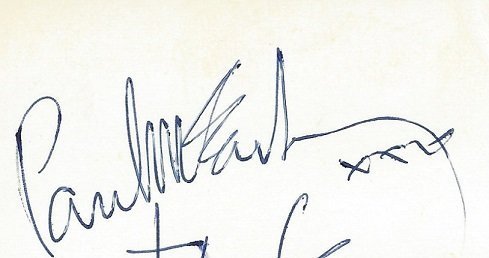 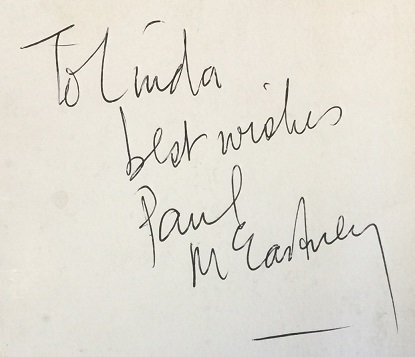 Signed book from 1963 dedicated To Linda.

In 1969, Paul had married Linda Eastman, an American photographer who would serve as her husband’s muse for the next 30 years. Additionally, the family had four children: Heather (Eastman’s daughter from a previous marriage), Mary, Stella and James. They all moved into McCartney’s farm in Campbeltown, Scotland, with McCartney often doing some of the renovation work himself. One day they were rubbing elbows with superstars and politicians, the next they were back on their rustic farm. 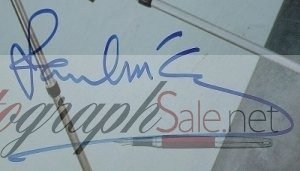 The 1980s proved a trying time for McCartney. An arrest for marijuana possession in Japan in January put him in jail for nine days. Later that year, his longtime partner and friend John Lennon; with whom he had recently reconciled after years of feuding, was killed outside his New York City apartment. In the wake of John Lennon’s death, McCartney stopped touring, not taking it up again for almost a decade. He continued to play and record new music, however, collaborating with the likes of Stevie Wonder and Michael Jackson and still having massive commercial success.

By 1989, he was ready to perform live again and launched a world tour; one that would provide material for a triple live album. The tour also gave him a world’s record when he performed for the largest paying stadium audience in history; a concert for 184,000 in Rio de Janeiro, Brazil. He also started a collaboration with Elvis Costello, and they each released albums featuring different tracks they had written together. 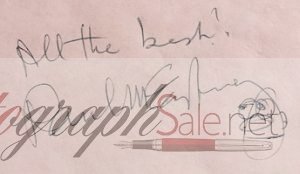 The Beatles disbanded in 1970, breaking fans’ hearts worldwide. However, McCartney had no intention of giving up music. He was the first of the Beatles autographs to release a solo album (McCartney, 1970); and the album was a hit with the public. Encouraged, Paul McCartney autographs went on to form Wings; a band that would remain popular throughout the ’70’s, churning out multiple hit singles.

In 1969, Paul McCartney autographs had married Linda Eastman, an American photographer. Furthermore, the family had four children: Heather (Linda’s daughter from a previous marriage), Mary, Stella and James. They all moved into McCartney’s farm in Scotland, with Paul McCartney autographs often doing some of the renovation work himself. One day they were rubbing elbows with superstars and politicians, the next they were back on their rustic farm. 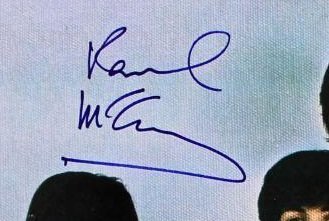 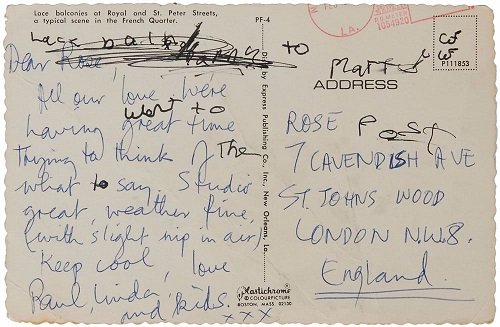 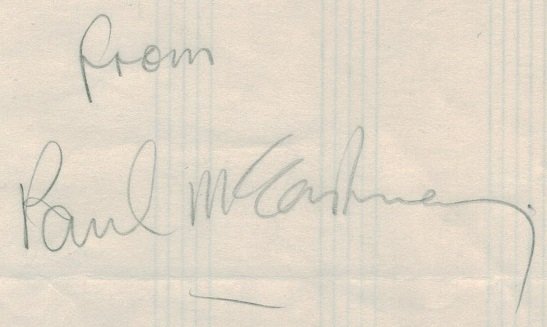 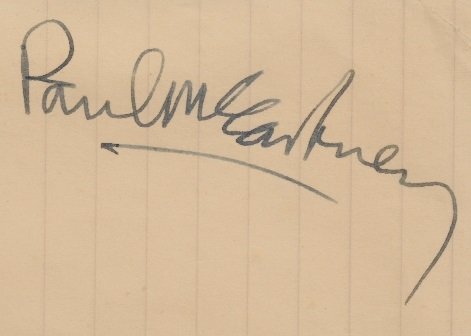 Obtaining autographs from Paul is very hard as he rarely signs autographs anymore and is usually covered by many bodyguards. If you were to purchase one online please have a good look and compare to these autograph examples we have shown as these are authentic Paul McCartney Autographs Examples. Also, always buy Paul McCartney autographs from a trusted seller. All these sellers will offer a lifetime money back guarantees Certificates of Authenticity.

Buying genuine The Beatles Memorabilia you’d expected to pay top prices due to the rarity and high demand.

The Beatles Autographs for sale

Paul McCartney The Beatles Autograph Lp “Flowers In The Dirt”