by autographsale on May 10, 2018 in Autograph Examples

AutographSale are well-known autographs dealers in music memorabilia. We thrive on offering the best authentic autographs possible to our buyers as like you; we are also fans and only want the best. Black Sabbath are the founders of Heavy Metal. Originally a blues band from Birmingham they became one of the heaviest bands around. Playing dark music influences by satanic songs and songs about drugs and politics. The founding guitarist Tony Iommi, known in the guitar world as the riff master production these great sounds which gave Black Sabbath their edge.

Authentic Tony Iommi autographs are easy to come by but the online markets are still flooded with many forgeries. Also, we always tell customers to pay that bit extra to secure you have a genuine autograph or what you have purchased will be worthless. Autographs do increase in value each year and then take a massive hike in price when the signer passes away.

On our page, you will also find signed items from Led Zeppelin to The Beatles and a great category of genuine Black Sabbath Autographs including Ozzy Osbourne. 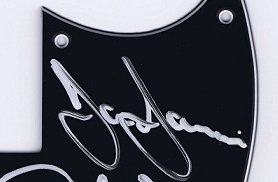 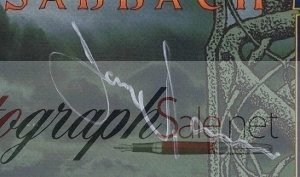 Born on February 19, 1948, in Birmingham, England, left-handed Tony Iommi picked up the guitar after being inspired by the likes of Hank Marvin & the Shadows as a teenager. By 1967, he had played with several blues-based rock bands; one of which evolved into Polka Tulk (later Earth), with bassist Terry “Geezer” Butler; drummer Bill Ward, and singer John “Ozzy” Osbourne. 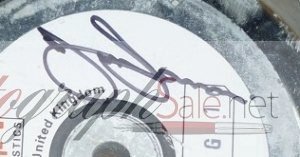 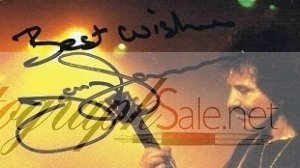 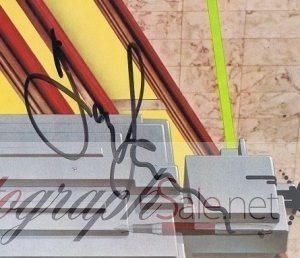 In the summer of 2012, Tony and Ian Gillan released a full album (a double album, actually) under the WhoCares name. Furthermore, this album included numerous rare and b-side tracks from Black Sabbath, Deep Purple, a couple of extra tracks from the Fused album, and some of Ian’s other projects. Additionally, the proceeds from this album benefit the Armenian music school that the original WhoCares single did. 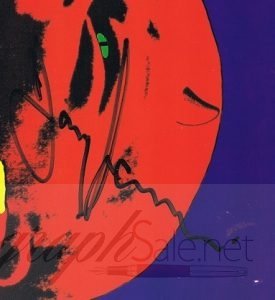 AutographSale are your number one stop for authentic Tony Iommi Autographs.